The aim of the EEA Agreement is to guarantee the free movement of persons, goods, services and capital; to provide equal conditions of competition and to abolish discrimination on grounds of nationality in all 30 EEA States – the 27 EU States and 3 of the EFTA States. By removing barriers to trade and opening up new opportunities for more than 500 million Europeans, the EEA stimulates economic growth and adds to the international competitiveness of the EEA States. EEA law originates from EU law. As a matter of principle, the EU law rules concerning the single market have been transposed and are being transposed to the EEA legal order. However, the common policies in the fields of agriculture, fisheries, taxation, foreign trade and currency are not part of EEA law.

The successful operation of the EEA depends upon uniform implementation and application of the common rules in all EEA States. To this end, a two-pillar system of supervision has been devised: the EU Member States are monitored by the EU Commission and the EFTA States party to the EEA Agreement by the EFTA Surveillance Authority. The latter has been given powers corresponding to those of the Commission in the exercise of its surveillance role. A two-pillar structure has also been established in respect of judicial control; the EFTA Court operates in parallel to the Court of Justice of the European Union.

The EFTA Court has jurisdiction with regard to EFTA States which are parties to the EEA Agreement (at present Iceland, Liechtenstein and Norway). The Court is mainly competent to deal with infringement actions brought by the EFTA Surveillance Authority against an EFTA State with regard to the implementation, application or interpretation of EEA law rules, for giving advisory opinions to courts in EFTA States on the interpretation of EEA rules and for appeals concerning decisions taken by the EFTA Surveillance Authority. Thus the jurisdiction of the EFTA Court largely corresponds to the jurisdiction of the Court of Justice of the European Union over EU States. The proceedings before the EFTA Court consist of a written part and an oral part and all proceedings will be in English. In direct actions, the judgment is rendered in English only. Advisory opinions are rendered in English and in the language of the requesting court. 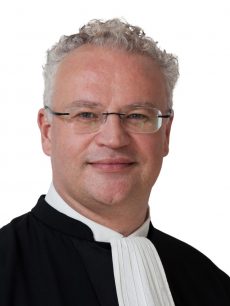 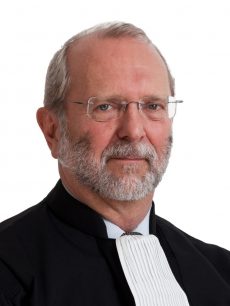 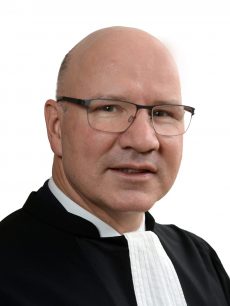 In addition to the regular Judges, a system of ad hoc judges is established according to Article 30, fourth paragraph, of the ESA/Court Agreement for situations where a regular Judge cannot act in a particular case. The ad hoc judges are:

The Registrar, responsible for the administration of the Court and for certain procedural and other issues, is Ólafur Jóhannes Einarsson. In addition to the three Judges and the Registrar, the Court presently has a staff of 15 persons who provide legal and administrative assistance to the Court. The Court remains permanently in session. It only sits in plenary session and its decisions are taken by majority. No dissenting opinion may be made public. The procedure followed by the Court is laid down in the Statute and in the Rules of Procedure.