Visit to the European Court of Human Rights 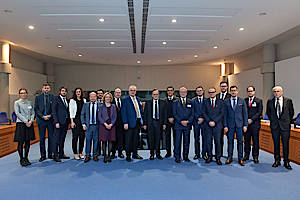