Visit to the European Court of Human Rights

A delegation from the EFTA Court, headed by the President of the Court, Páll Hreinsson, Judge Bernd Hammermann, and the Registrar of the Court, Ólafur Jóhannes Einarsson, visited the European Court of Human Rights in Strasbourg the 15th of September 2022.

They were welcomed by a delegation headed by the President of the ECtHR, Robert Spano, the Vice-President, Síofra O´Leary, Judges Arnfinn Bårdsen, Carlo Ranzoni and Georges Ravarani, and the Registrar, Marialena Tsirli.

The Presidents and judges of both Courts, and the registrar of the EFTA Court, gave talks about current legal issues regarding human rights and EEA law, inter alia about the latest developments in the ECtHR case-law regarding judicial independence and the rule of law, status of fundamental rights under the EEA Agreement and the EEA and fundamental rights. The talks were followed by an enthusiastic and substantive discussion on these topical and important issues. 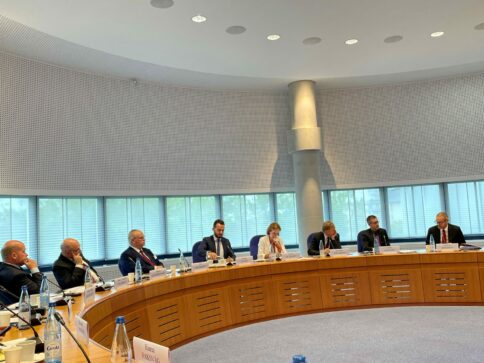 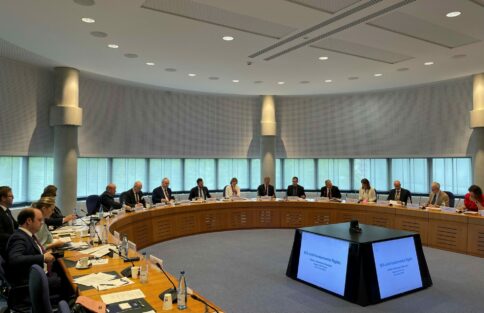