On 20 November 2019, Dr Matthew Broad, Lecturer in the History of International Relations at Leiden University, gave a lunchtime talk entitled “EFTA as a promoter and guarantor of democracy”. The talk took place on the 60th anniversary of the day on which representatives of Austria, Denmark, Norway, Portugal, Sweden, Switzerland and the United Kingdom adopted the text of the Convention establishing the European Free Trade Association (EFTA), and declared their willingness to open negotiations with then so-called “Inner Six” members of the European Economic Communities in order to establish new foundations for their economic relations.

In his talk, Dr Broad shed light on how the EFTA States, acting through EFTA, have played an important and active role in promoting and guaranteeing democracy in Europe in the period since EFTA’s foundation facilitated by its ostensibly apolitical nature. Dr Broad looked in particular at four case studies, concerning Finland’s path to EFTA membership; the role played in securing the shift to democracy in Portugal, a then EFTA State; in encouraging the conclusion of trade deals in the 1980s with Eastern European countries such as Poland and Hungary; and more recent conclusion of trade agreements with, among others, Kosovo and Georgia.

Dr Broad demonstrated the importance that EFTA has played as a geostrategic platform by which its members can impact on the political stability and unity of their local neighbourhoods. Dr Broad concluded by discussing the potential future of EFTA as a promoter and guarantor of democracy. He highlighted the possibility that EFTA could conclude trade deals with third countries that are less willing to accept EU agreements which have at their centre requirements relating for example to the rule of law, pointing in particular to the difficult negotiations surrounding the EU-Mercosur agreement. Following the talk, attendees engaged in a stimulating discussion with Dr Broad. 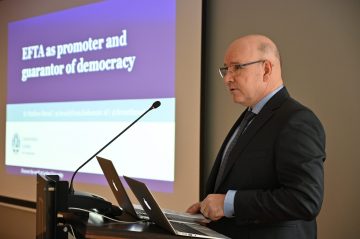 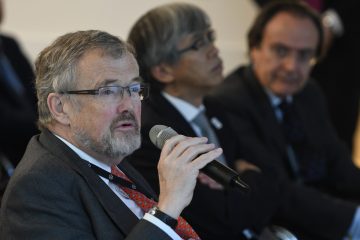 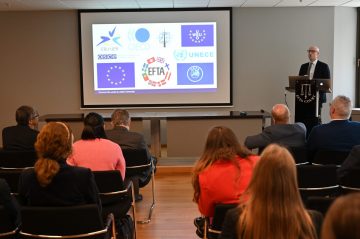 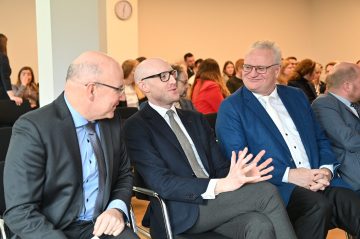 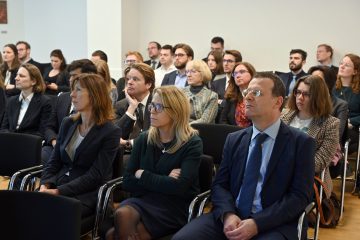